One of the smaller Bloomsbury squares had a starring role in the last episode of the recent BBC drama Bodyguard –Woburn Square. Spoiler alert: a man in a suicide vest was being negotiated with by armed police as he stood in the middle of the square – which isn’t square at all but long and thin. It was, of course, not called Woburn Square in the drama and was certainly not meant to be in Bloomsbury. 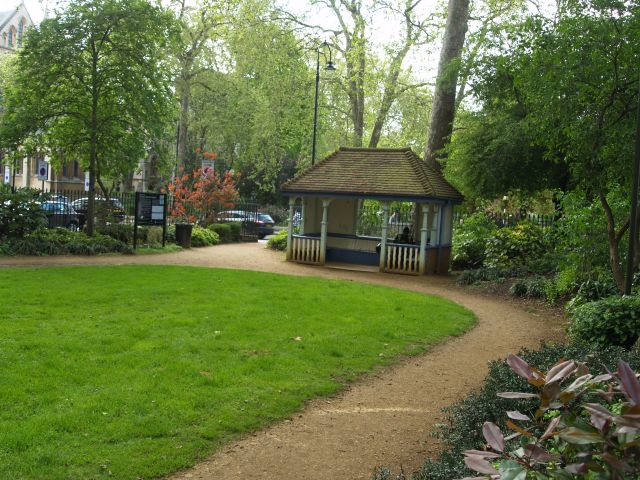 The continuing ITV historical drama Vanity Fair gives the Bloomsbury Squares, in which much of it is set, less exposure. The Sedley and Osborne families live in Russell Square but Fitzroy Square was used in the filming. Brunswick Square gets only a passing mention in the book, and doesn’t make it onto the screen, not surprisingly as it has sadly not retained any of its historic terraces.